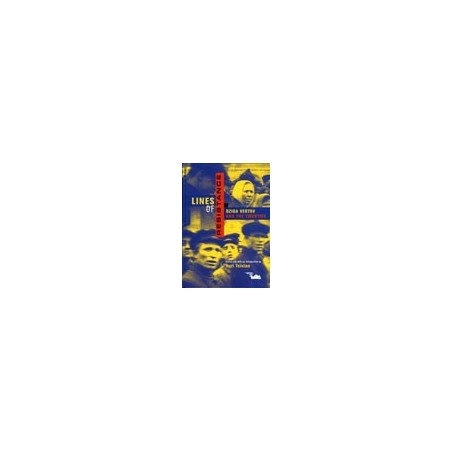 LINES OF RESISTANCE DZIGA VERTOV AND THE TWENTIES

Lines of Resistance : "... an extraordinary collection of contemporary commentary and criticism, translated into English, and with remarkable illustrations." (Eileen Bowser, Journal of Film Preservation, #68, December 2004) While Dziga Vertov's uncompromising writings and his experimental features, such as Man with a Movie Camera, are known and discussed in the West, less is known about the other films he made in the 1920s, and still less about the response they provoked in the Soviet Union and abroad. Vertov liked to call his films and his essays his "bombs" - and indeed the public reaction to them was nothing short of explosive. It is not easy to find another figure in film history whose every step could attract as much attention, from friend and foe alike. Lines of Resistance is a collection of little-known writings by and about Vertov. It follows the development of his work and opinions from 1917 to 1930, and chronicles contemporary reactions to them - from critics whose names are now forgotten, as well as such prominent personalities as fellow directors Lev Kuleshov and Sergei Eisenstein, artists Aleksandr Rodchenko and Kazimir Malevich, and theorists Walter Benjamin and Siegfried Kracauer.